The Big Move to Leslieville 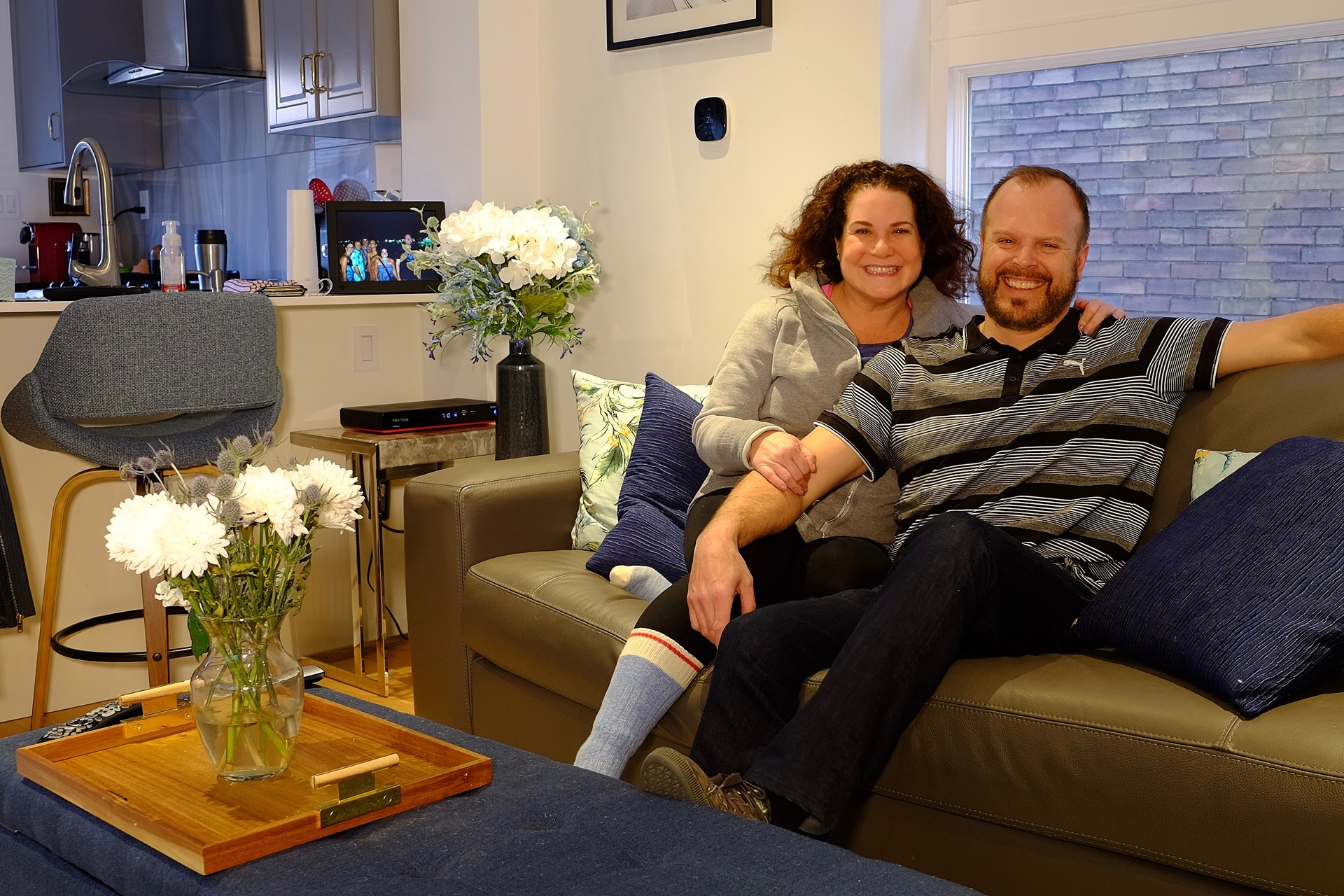 “Matt’s been with me from the very beginning of my entire real estate experience,” says Joanne, who is in medical device sales, met Matt Emerson almost eight years ago at an open house when she was looking for her first condo. “We just kind of clicked off the bat,” she says.

As a first-time buyer, Joanne was thankful for Matt's advice. “He loves to kind of teach so he’s very patient and explains everything in great detail, to make sure that you’re getting the right fit. He walked me through the entire process, baby step by baby step, until I finally found the place I ended up in.”

That place was an 800-square-foot condo in Corktown, a new build with one bedroom and a den that she bought in 2010.

The trust that was created through Joanne’s first real estate experience is what prompted her to turn to the Emersons again when it was time to find a home with her new husband, Warren, who runs a family-owned manufacturing business. Entering the crazy real estate market that Toronto saw in 2017 was not for the faint of heart and having Matt and Madalin’s steady guidance made the process easier.

“Matt wanted to make sure that we were making the right decisions for us. He didn’t want to see us make a decision based on how the market was because he knew eventually we may not be as happy,” says Joanne. “We were flip-flopping back and forth between just finding a larger condo or making that big jump into a freehold home. He took us everywhere we wanted to go in different areas of the city so that we could really just narrow down where we wanted to be and exactly what we were looking for. So, it was a lot of looking.”

Their search lasted over a year and included disappointment in the spring when the couple was involved in bidding on a home along with 21 others. They didn’t win. “We got a little bit nervous and stepped back,” Joanne explains. “After that kind of loss, you re-evaluate what your budget is and where you need to be. There was a lot of coaching from Matt.” They got back to the search after the summer and finally found their dream home in October.

There were multiple bids again – 9 this time – and theirs was not the highest. But Joanne says it was thanks to Matt that they got the home. “The owner of the house said, ‘Your real estate agent sold this for you’. He was just really impressed with Matt in general and that weighed heavily on his decision to give it to us.”

Their dream home is a freehold semi-detached in Leslieville, the neighbourhood they ultimately always wanted to be in. “We ended up getting exactly everything we dreamed of,” says Joanne, who is most looking forward to – when the weather warms up – having her own backyard and front porch. “And having a private driveway is rare.”

As for selling her condo? That was easy, she says. “Selling it was never a concern; it was us finding the right place to move because we were happy where we were, so we were very picky.” The condo sold in five days and the Emersons “did a fantastic job promoting it. They’re a great team!”