Stick to your guns! 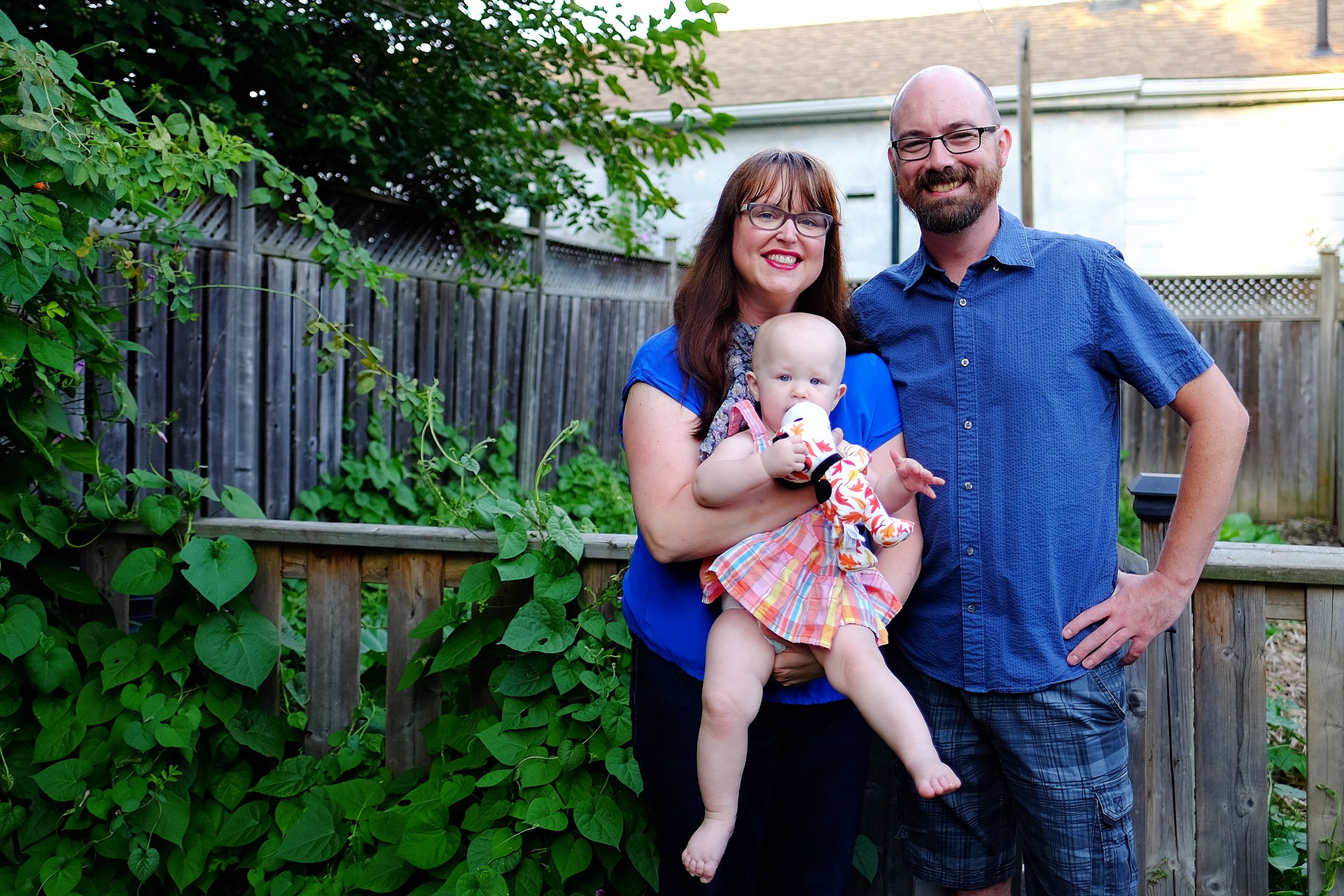 When your budget is tight and you’re not willing to compromise on your wish list, finding the right home can take a combination of determination, patience, the right agent and moving quickly when opportunity strikes.

Such was the case for Nichola and Mike, new parents who needed more space than their 530-square-foot condo allowed.

Nichola, a self-employed public relations specialist, and Mike, who is staying home with their infant daughter, Lucy, had a modest budget and wanted to stay close to downtown. At a time when average prices in Toronto were $750,000, that made finding a home within city limits difficult.

They also did not want another condo they would quickly outgrow, seeking instead to find a home where they could stay long term.

They began their search when Lucy was about four months old, knowing they had a deadline. While their cosy condo had been fine for just the two of them, it was no longer enough space with a baby who would soon be crawling.

“We knew we had a time limit on how long we could stay in the space,” Nichola says.

Nichola already knew Matt, who helped her buy that condo back in 2011. It made sense to turn to him again now that it was time to upsize.

“Matt is a genuine person, he authentically cares about his clients and getting the right place for them and he works really hard,” she says. “He’s a trustworthy person to have on your side.”

But Nichola was concerned they would not be able to find what they wanted in their budget.

“We knew it was going to be a challenge, for sure,” she says. Many places came up that they thought might work, but they were at the higher end of the budget and it was obvious the owner was looking for a bidding war.

“It ended up being one thing after another that was just out of our price range. It was really discouraging,” Nichola says.

At one point, she thought perhaps they should give up and move out to Hamilton, or look at another condo and do small living again, even though it wasn’t what they wanted.

And they went so far as to put in an offer on a home in Scarborough, pulling the plug at the last minute because Nichola instinctively felt it would not be the right move.

“It was the most insane process just trying to find something,” Nichola says. But through the five-plus months they were looking, “the cool thing was Matt was very steadfast in that we should just hang on and keep looking for what we want,” she adds.

And, sure enough, the right property came up. “It was a modest home, but for what we want it’s perfect,” Nichola says.

But they had to act fast.

Matt found the property, which is just six kilometres away from their current Liberty Village condo, the first day it was on the market. He shot a video and sent it to them, giving them a good sense of what the home looked like on the inside, and they were able to visit it the same day.

Because the owner was taking offers any time, they knew it would be wise to put in an offer right away. Matt was able to perform all of the due diligence in a very tight timeframe and they secured the home below the asking price – a very rare occurrence in Toronto.

Nichola and Mike love their new home. The two-bedroom, one-bath, semi-detached home has 700 square feet plus a usable basement, with a parking pad and a backyard that’s perfect for Lucy.

“It has a lot of potential for future expansion,” says Nichola, who has plans to add on down the road so their little family can really put down roots.

Of course, Matt also helped them sell their condo, suggesting they change the kitchen counters, paint and declutter. Matt staged the condo and Nichola, Mike and Lucy went to stay with family temporarily while the condo was up for sale. “He staged it so well. Our place looked like a million bucks,” Nichola says.

The process of preparing the condo while also juggling work and a baby was stressful, even though Matt did everything he could to minimize the stress. But “it totally worked out,” Nichola says. “We ended up selling our place for 8% over asking.”

Nichola’s advice to others who may have a tight budget and a wish list they don’t want to compromise on? Stick to your guns.

“Be patient, even when you think you’re never going to find what you want. Just stay the course and keep the faith that something will come up.”

And make sure you trust your agent, she says. When it came to Matt, “I have a level of comfort with him,” she says. “I truly believe that he is looking out for my best interest. There’s a real authenticity with Matt.”