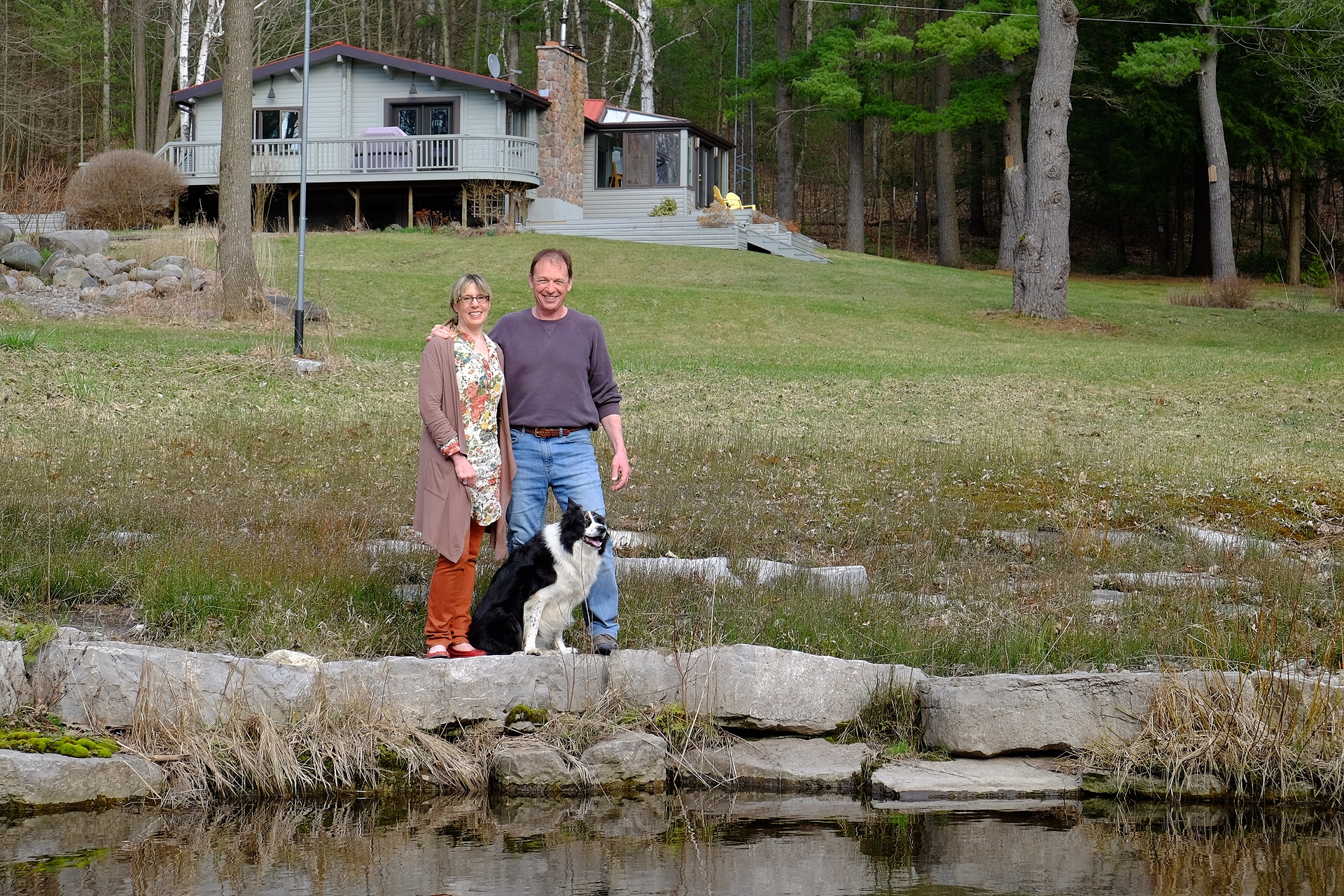 There are many different life stages we travel through over the years and they can have a huge impact on our lifestyle and happiness.

Brian and Maria went through a big one not long ago when they made the decision to leave Toronto for a slower pace of life near Cobourg. It was not a decision made lightly, and they were grateful for the guidance Matt and Madalin provided along the way.

Brian is a retired teacher. Maria is still working in the city, but as a musician for the National Ballet Orchestra, her schedule means she doesn’t have to commute every day. Still, it’s a 1.5-hour drive in good conditions.

That drive meant the couple had to choose where to relocate very carefully. It was a process that did not happen quickly.

“We spent a lot of years looking at properties and trying to decide what exactly it was that we wanted, and we went through a lot of iterations,” Brian explains. “We looked at waterfront property because we own a boat, we like water.” But they found they’d have to settle for a small piece of land and the waterfront is busy on weekends.

Then they looked at farms but realized it wasn’t quite what they wanted. “After all these years we finally decided what we were really after was some space and privacy. Once that was established, it made things a lot easier to look for.”

At first, they thought they might relocate back out east, where Brian is from. But because Maria wanted to keep working, “that was something of a commute,” Brian jokes. They checked out Perth, a town about an hour west of Ottawa and where Maria’s parents live, but that was still too far. And they explored Uxbridge and Peterborough for their proximity to Toronto, but neither felt like a good fit.

Then a friend gave them a heads up about a property that was going up for sale near Warkworth, which is northeast of Cobourg. It was a roomy bungalow on 25 acres of mostly woodlot, and they fell in love with it.

“The place has been well taken care of,” says Brian. “It was perfect.”

Matt referred them to an agent in the area who handled the purchase for them. Referrals are a key aspect of Matt and Madalin’s business and they make an effort to partner with agents who have the same qualities and work ethic they do.

And when it came time to sell their Riverdale home, Brian says Matt was great. “He explained everything right away about how the market works and what we’re looking at, what we’re dealing with and told us right up front what he was thinking was the best plan of action, which was to spend about $40,000 dolling it up.” Brian and Maria agreed. “With Matt’s plan, we got back the $40,000 in triplicate.”

Brian and Maria also appreciated Matt’s expertise in organizing the renovation work. “He had all those people just ready to go,” Brian says, taking a lot of the responsibility off their shoulders.

Having been in their new home for two years now, Brian and Maria are loving it.

“There’s a sense we have more control over our lives now, mostly,” says Maria. “It’s definitely about time and about space, no debt. For me, I was always an urban person. Brian had spent time on a farm in his teenage years, but I’ve always been an urban person. So, I wondered how I’d adapt, but I really like the balance of going into town for things that I care about.”

They do have a note of caution though for others considering the same path. It’s a big step and one that needs to be thought through, Brian says. He’s seen too many people migrate from the city, build a home that’s too big, and sell a couple of years later without being able to recoup their investment.

“I see a lot of people who are moving out here without putting the thought into what it is they’re really after,” says Brian. “They doll it up like it’s suburbia and I wonder, ‘Why did you want to come out here in the first place?’

“You’ve got to spend a lot of time to figure out what it is exactly that you want and look for that.”

Adds Maria: “It took us awhile to really pinpoint.” She also insisted Brian wait a year after retiring before making a move. But now that they have, she says, “Coming home from Toronto for me is a huge sense of release. It’s coming home to a little bit of a paradise. It’s beautiful.”